Dear visitor, Please take your time to browse through this blog. All my current omnichord activity is mainly focused on our facebookgroup. https://www.facebook.com/groups/Omnichord.QChord/ Also visit http://www.suzukimusic.co.uk/omnichord-heaven/ This website is the best source of information on Omnichords, hosted by my friend Darren Brown. I had real fun creating this blog, the first & for a long time the only resource on the Net! All in honour of this amazing little japanese instrument. Thanks & keep Strumming! Rob 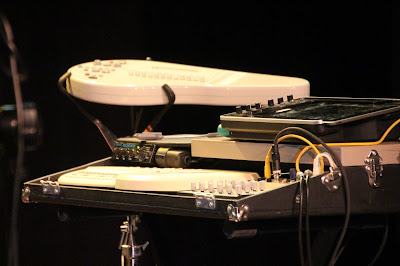 A guy called the Guitologist (his name is Brad Linzy, based in Louisville, KY, USA ) specializes in vintage and high-end guitars and amplifiers with a penchant for the rare and unusual. He did this great video we had a chat & he'll be added to the repair section on the right side of the page! & be sure to check out  his YouTube channel for more great repairs.

Claire DeWilde, artist at Artful Armadillo designed these funny & great animal/omnichord designs you can get printed on a T-shirt of your choice! They're available at Redbubble http://www.redbubble.com/people/artfularmadillo/works/22706514-omnichord-animals

in the spotlight: David Ramos

David Ramos was born in Santa Cruz de Tenerife, Canary Islands, Spain, in april 1974.
His first approach to electronic music was at the age of eight when he was given a Casio PT-1 electronic keyboard. In the early years he form several electronic bands and, in 2001, publishes his first commercial cd “Electronic Sounds Experience” under the name LowenStein. In this point he decides begin a solo career. He composes the music for a lot of short films and movies, like Jess Franco´s “Snakewoman (2005)” . 2008 is the year of “Nocturnatta” his first conceptual album, experimental, romantic and evocative, this album forms the basis for his later works. From this point he begins a new travel investigating on electronic, noise, experimental, sampling and circuit bending sounds until today. Nowadays he combines his own personal experiments on music, experimental projects and film soundtracks with the Gree-Do band concerts. Always in electronic, he is looking for new sounds to take to your ears and mind every single day. 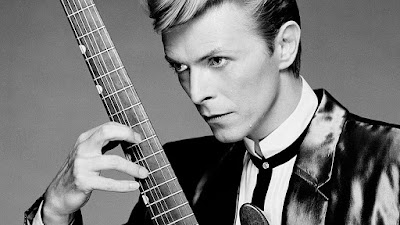 It was a shock this morning to hear the news...goodbye mr Bowie, thanks for all your songs, I'm sure they will last forever.
http://www.liveleak.com/ll_embed?f=8ee0bf358c07
Gepost door Robert Hurryman Geen opmerkingen:

The man who sold the ....Omnichord

The NAMM did an interview with Abe Thomas, a remarkable man who introduced the omnichord to the Americans. I met Abe years ago at the Frankfurter Messe, we've been keeping contact since.
Together we started the facebook group and now, for the first time, someone took the time to interview Abe about how it all started. enjoy this video, it's really great!
https://www.namm.org/library/oral-history/abe-thomas